Standards for entry into the production area

In order to restrict the entry of fine dust or foreign matter via human movement, clothing standards (such as specified uniform, shoes, cap, mask, gloves) are specified for each area. In addition, employees are restricted from bringing watches and other articles into the production area. Only those who comply with these standards are allowed access to the production area. The washing of hands, the disinfection of hands and fingers, and air shower are also enforced. 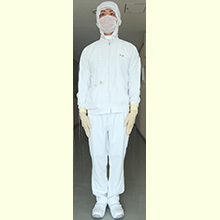 Example of uniform at a Japanese factory 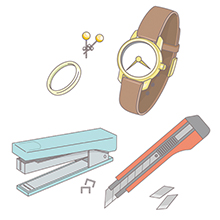 Items prohibited in the production area 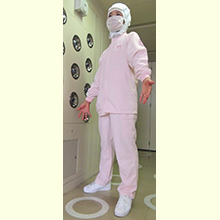 Air shower for removal of dust and hair

Measures taken in the production area

The air in the production area is circulated through a filter, and the dust particle count is controlled. The parts of the devices used for production are fully disassembled, then cleaned and disinfected. Checks are performed for the loosening of screws and bolts, and the number of parts is controlled. 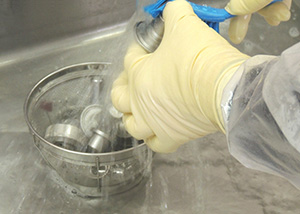 All parts of devices are disassembled and cleaned.

In the operating processes, process control is performed to prevent contamination by foreign matter, such as the air cleaning of containers, visual inspection by employees, and multistage filtration using fine mesh filters. 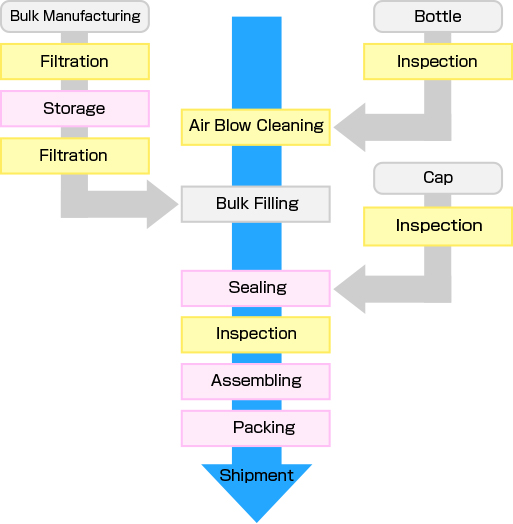 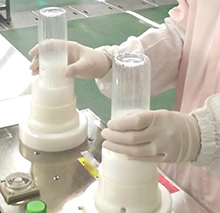 Foreign matter in the container is removed using an air cleaner.

Contamination of foreign matter is prevented by multistage filtering through mesh filters. 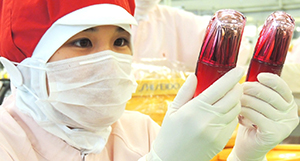 Appearance testing is conducted on the production line after bulk filling.

Top Commitment
What is Shiseido’s Sustainability