Good news for a quick fix to fine dry wrinkles around the eyes!

Eye patch with microneedles of hyaluronic acid that works in sleep! 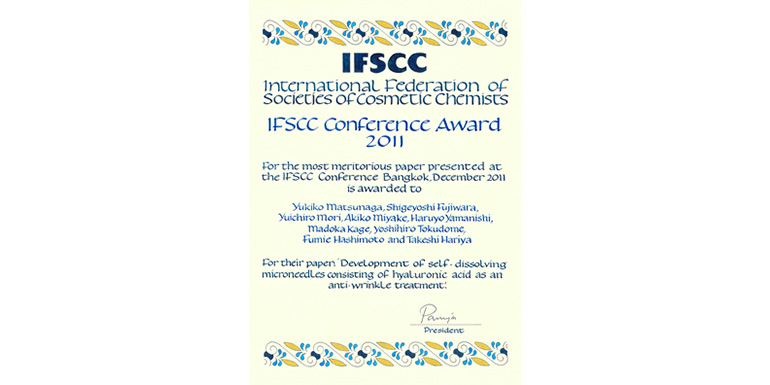 What’s possible with the technology?

Development of patches for fine wrinkles around the eyes with over 1,000 tiny needles. The patch contains hyaluronic acid which dissolves during sleep, and your skin is plump and smooth in the morning!

The area around the eyes is prone to dryness and fine wrinkles more than other areas because of its thin skin. This award-winning technology developed an exclusive eye patch with more than 1,000 tiny needle-like projections (microneedles). The needles are made of hyaluronic acid and dissolve as soon as they reach the stratum corneum. The needles are very small, about 50 microns long and 20 microns thick, which is equivalent to mosquito stings. Application around the eyes may cause a slight stinging feeling, but it disappears after about 10 minutes as the hyaluronic acid dissolves and permeates into the skin.

Although hyaluronic acid has high moisturizing effects due to its high capacity to hold water, it also has difficulty penetrating the skin because of the large size of individual molecules. With the use of microneedle technology, the hyaluronic acid injected directly into the stratum corneum holds the moisture fast and does not let it escape. Thus, simple application of this patch before sleep gives you supple skin around the eyes the following morning. 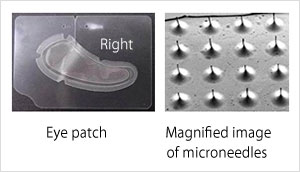 Microneedles developed in the medical field were applied in the field of cosmetic medicine. Success in creating an eye patch with hyaluronic acid!

Microneedle technology involves injection of drugs by applying patches with small projections and was originally developed for medical care. For instance, children find injections painful even if they are for treatment or prevention purposes. With the use of microneedle technology, vaccines can be injected into the skin with minimum pain by simply applying the patch. Also, patients with diabetes mellitus inject insulin every day, causing skin hardening around the puncture site. Microneedle technology was developed in the United States in order to improve the quality of life for such patients. This award-winning research is an application of this technology in the field of cosmetic medicine, resulting in the development of eye patches. Although the idea existed before, there were many difficulties in realizing this product. The original patch - hard and round, about 1 cm in diameter - was not only enlarged to the size of the area around the eye, but was also adjusted as to its form, thickness and the adhesive sheet. Many prototypes had been made before the completion of the product.

Opinions were divided on the product with slightly stinging sensation, which was new to the market, and doubts about the development of the product were strong at one stage. However, according to a monitor test that investigated the relationship between the stimulation score and intention to use, the higher stimulation score was associated with increased intention for continued use. This data led to the award received on this occasion, and the department in charge of cosmetic medication became interested in this product. After all the difficulties, this eye patch was marketed from the exclusive brand for cosmetic medicine clinics Navision, and was strongly praised by consumers with high beauty consciousness as well as clinic doctors. 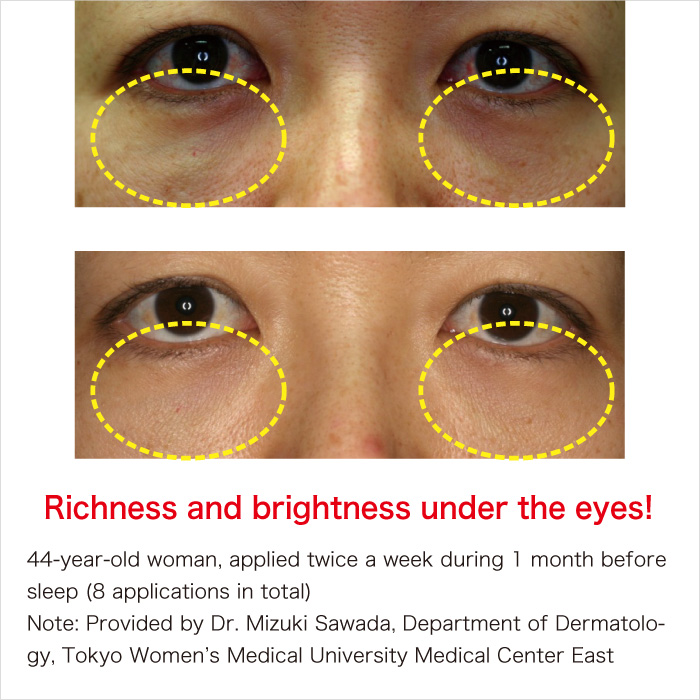