Development of a new technology
for non-sticky creams! 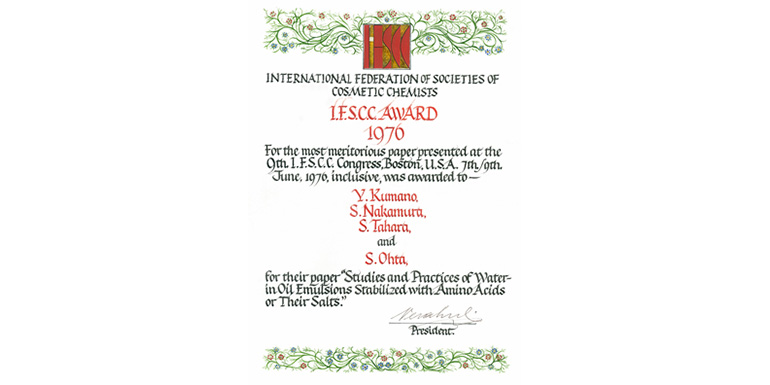 Pioneer development of an emulsion technology necessary for homogeneous mixing of oil and water. This enabled the creation of non-sticky, highly moisturizing cream!

The balance between water and oil is important for healthy skin. The main role of skin care cosmetics is to maintain or regulate the healthy balance of these factors. For this reason, it is necessary to replenish the skin with both water and oil. However, as suggested by the phrase like oil and water, these two do not mix at all. This is why an emulsion technology where microparticles of one component are dispersed uniformly in the other component becomes necessary. The emulsion is actually used in mayonnaise. The addition of egg yolks to vegetable oil and salt water with vinegar as the main components of mayonnaise allows the two ingredients to be emulsified. This is because the lecithin in the egg yolk acts to emulsify the two ingredients together. This award-winning technology developed a new emulsion technique for the creation of cream products that are less sticky yet have a high moisturizing effect compared to previous cream products.

Emulsifying water into oil causes separation, however solidifying oil results in stickiness. By using oil in gel form, water is stabilized and usability is increased dramatically!

There are two types of emulsifying technology generally used in skincare cosmetics: one is oil in water type where oil is dispersed in water as microparticles (o/w type), and the other is water in oil type where water is dispersed in oil as microparticles (w/o type). The o/w type is water-based and used in milky lotions to replenish moisture and cream with a fresh finishing feeling. There are a number of methods available for the o/w type emulsion technology, including thickening and making the product clear. However, the oil-based w/o type is similar to the structure of the skin surface and has high moisturizing effect by acting as a screen to prevent the loss of moisture from the skin. That is why the w/o type is used in highly effective creams. The w/o type of emulsion technology is very difficult to stabilize, and establishment of new emulsion techniques for this type is difficult even today. This award-winning technology involves the w/o type.

Since water has higher density than oil, simple emulsification of microparticles will cause the water to sink. At the time of this award in 1976, oil was normally solidified to prevent movement. However, solidifying oil results in stickiness and difficulty in spreading on the skin. This award-winning technology used oil gelation that stabilized the microparticles of water when emulsified into the oil. The combination of amino acids water solution and the natural surfactant glycerin-fatty acid ester enabled the gelation. In addition, amino acids formulated for emulsion were highly effective on the skin, for example, for moisturization due to the high nutrition content. This technology was awarded in 1976 – the first time a Japanese company received an IFSCC award. The technology was used in Revital cream marketed in 1981 and is still used widely, primarily in facial creams and eye creams, many years since. 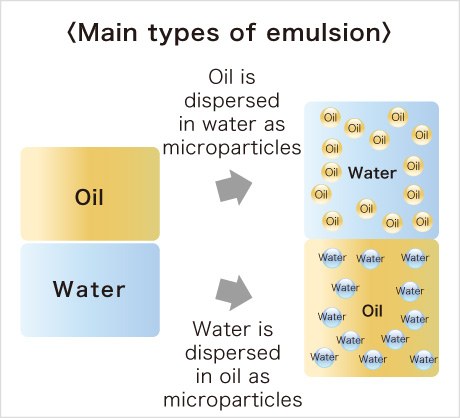 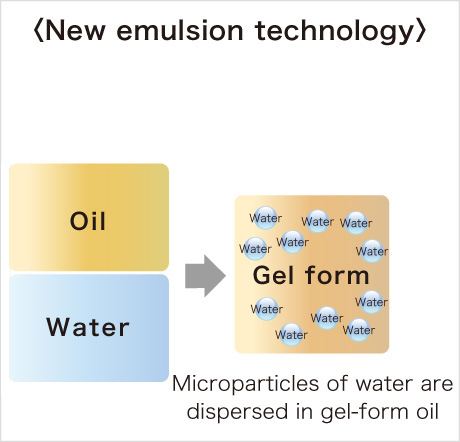