Resolving the Gender Gap and Empowering Women in Japan

We promote a variety of initiatives to solve gender issues and empower women in Japan. As a leading company in this field, our efforts include:

The 30% Club Japan aims to increase the proportion of women among executive officers in Japanese companies*1. A global initiative that originated in the UK, the Japan chapter was started in May 2019 in the drive to achieve a 30% proportion of female directors*2 at TOPIX 100 companies by 2030. Masahiko Uotani, Shiseido Representative Director, President and CEO, became the founding chairperson and formed the TOPIX Presidents’ Committee consisting of 33 chairperson and presidents of companies listed chiefly in TOPIX 100 and TOPIX Mid 400.

As concrete measures to address the three issues involved in the career development of women found through the Committee, projects have been organized and implemented jointly among member companies, such as creating opportunities for young female employees to examine their career paths at an early stage, sharing management know-how regarding employees in their childbirth and childcare phases of life, and exchange with female managerial candidates and top executives of member companies.

TOPIX Presidents’ Committee meetings attended by top executives of member companies have been held five times to date. In 2021, lively discussions were held on the theme of "appointment of women to executive officer and line manager (organization head) posts," through case studies at various member companies. In the project management team organized by business operation personnel of member companies (75 from 33 companies), cross-company projects have been organized to promote concrete action to resolve common issues, especially in the development of career awareness among young women and elimination of the so-called "mommy track."*3

Through activities during the past three years, the ratio of women among executive officers in companies belonging to the TOPIX Presidents’ Committee rose by 14.1 percentage points vis-à-vis the national average. It has also brought a steady progress for eliminating gender inequality, such as advancement of women to posts such as managers of business operations and of manufacturing operations, that had been rare in the past.

Shiseido will lead the transformation of Japanese companies toward breaking away from homogeneity through innovation and by promoting the active participation of women. 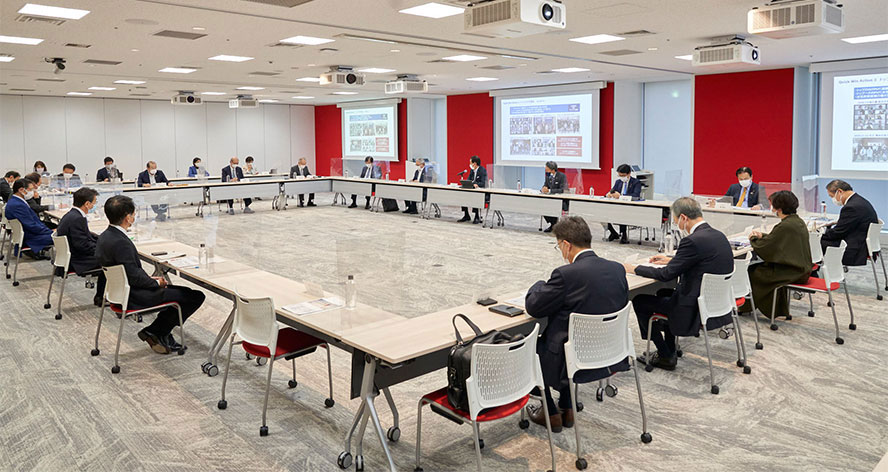 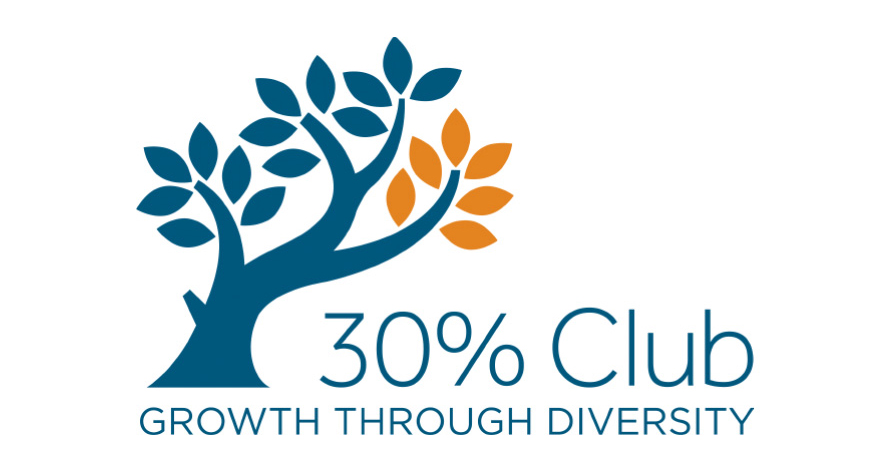 In 2021, Shiseido Japan Co., Ltd., and Hiroshima Prefecture have concluded an agreement on promoting empowerment of women. As part of Shiseido's ongoing activities to empower women and promote gender equality, we are making contributions to regional societies through support in job placement and empowerment of women in Hiroshima Prefecture, chiefly through beauty seminars, promotion of awareness and communication regarding empowerment of women and assistance in creating networks among working women. To commemorate the partnership, an event was held in March 2021 to support 14 women planning to return to work, including basic makeup lecture and makeup tips when preparing for online interviews. Beauty lectures on skincare and makeup for job-hunting activities have been organized in the workplace experience program sponsored by Hiroshima Prefecture to support mothers with young children planning to return to work, as well as online, joint company briefing sessions. In addition, an empowerment of women training was organized, in which a managerial woman representing Shiseido Japan's Hiroshima Office appeared to encourage women and mitigate their anxieties over pursuing advancement into managerial posts.

Click here for the news release regarding the agreement with Hiroshima Prefectural Government. (Japanese language only)

Click here for the news release regarding the joint press conference with Yamagata City. (Japanese language only) 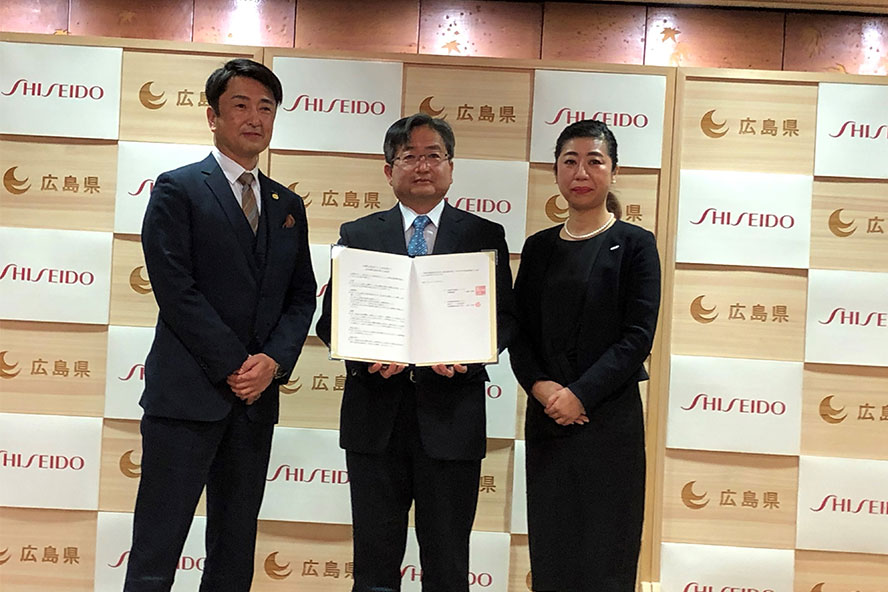 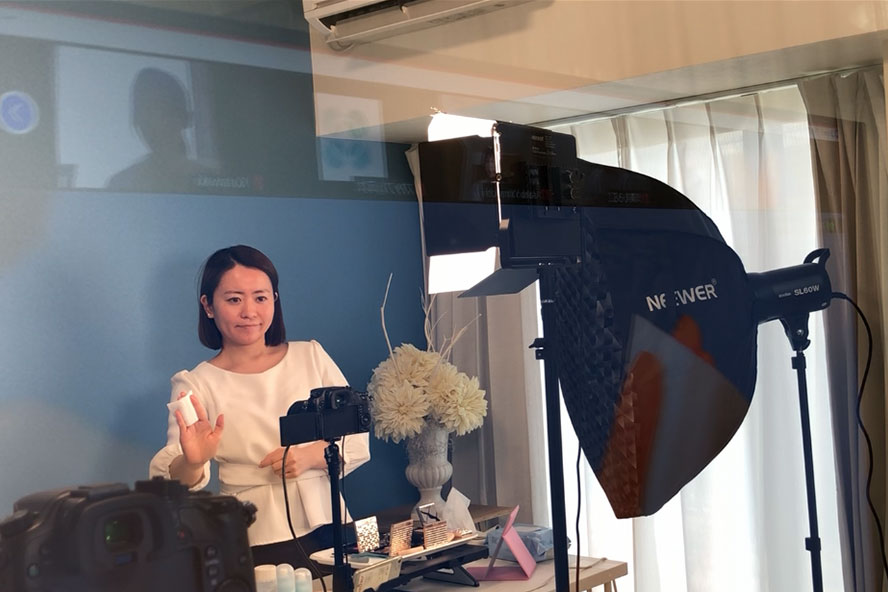 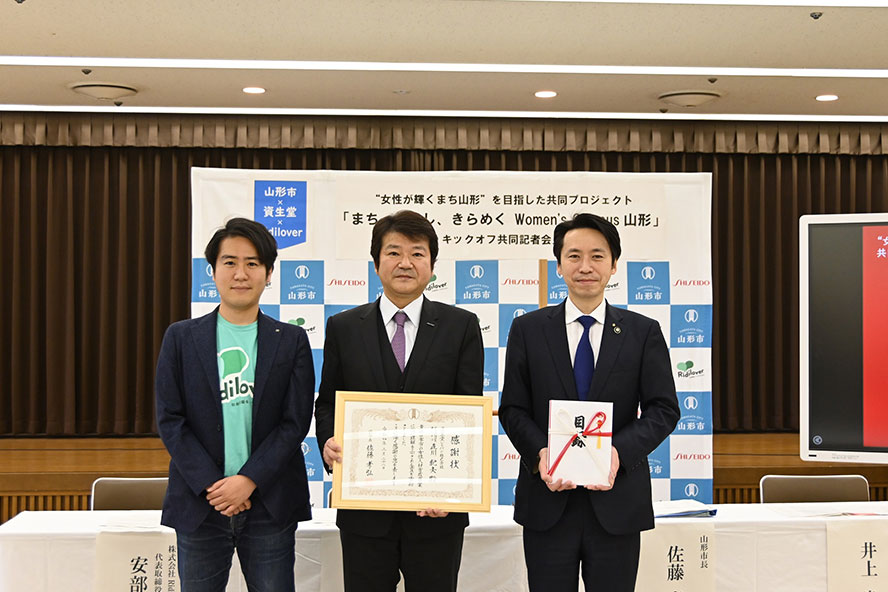 In the drive to “improve the childcare environment through coordination among companies,” Shiseido started its childcare business in 2017 with the establishment of KODOMOLOGY Co., Ltd., which focuses on entrusted operation of in-house childcare facilities within businesses. In addition to the operation of our own in-house nurseries such as Kangaroom Shiodome (2003) and Kangaroom Kakegawa (2017), we began supporting and managing two childcare facilities at other companies in Kanagawa and Shizuoka prefectures.

In 2021, the childcare training program for men, Ikutore, was started. Through hands-on training by childcare staff at Kangaroom Shiodome, participants gain awareness toward childcare and toward family involvement in childcare while pursuing careers.

Click here for information on employee support in balancing work and family care. 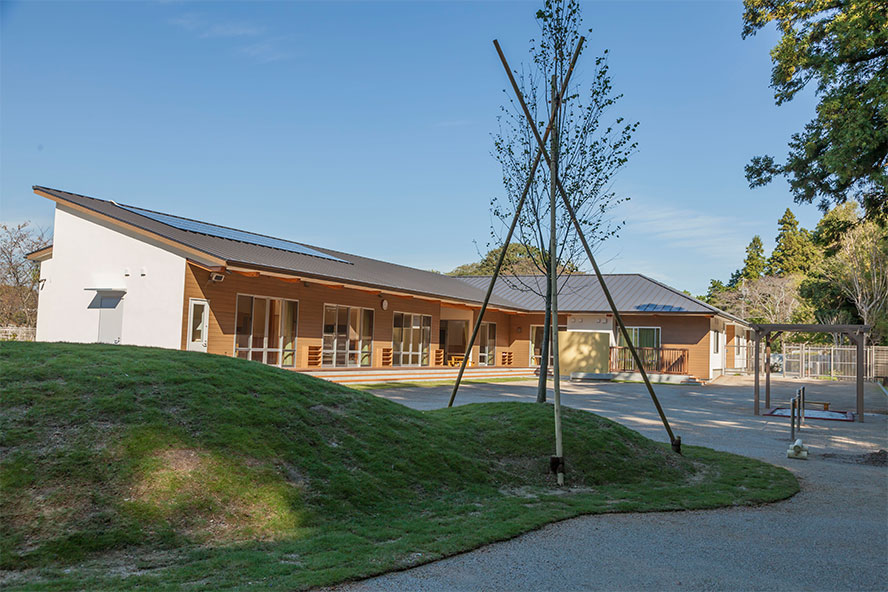 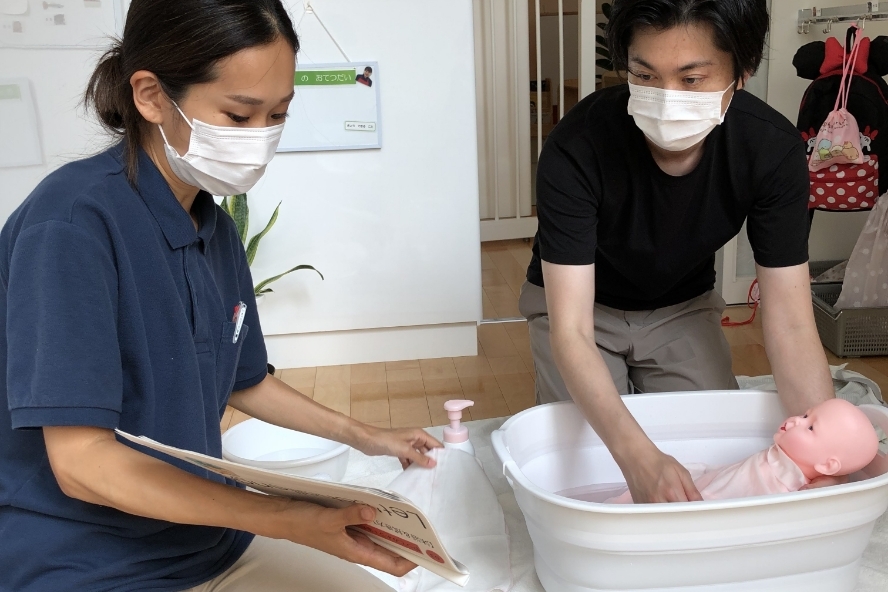 The proportion of female researchers in Japan is low compared to Western nations, remaining at roughly 17.5%. In order to improve the situation, Shiseido is offering continuing support to female researchers in Japan who are engaged in world-leading, innovative research in natural sciences. Starting in 2007, Shiseido Female Researcher Science Grant has been providing support in this area. Now in its 15th year, 2022, 10 women researchers have been granted a subsidy of one million yen. This subsidy is distinguished for its versatility in providing support to women in their life events such as childbirth and childcare, so long as the objective of the funding is research. To date, it has contributed to research results and career development of a total of 149 researchers.

In 2021, the award presentation ceremony for the 13th and 14th year of the program and 13th research presentation event were held online. 20 women working in the cutting edge of research in fields such as biotechnology and physics assembled online to report on the current state of their research and to engage researchers in other fields in discussions regarding the careers of female researchers. Award recipients shared their experiences regarding leadership in pursuing research and balance with personal lives. The advantages of holding an online event were utilized for more convenient attendance among award recipients residing in remote locations and those who had only recently given birth. We hope that the award will propel them to making further achievements as women researchers into next-generation science. 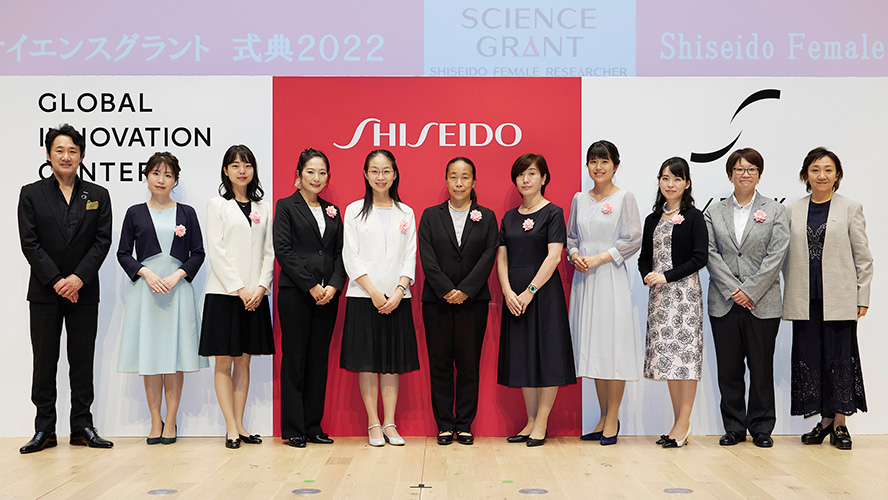 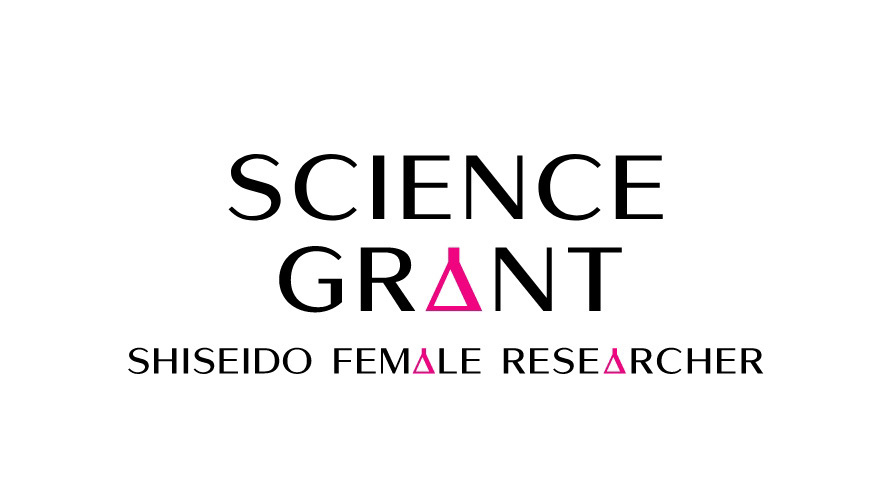 Shiseido has been supporting the Corporate Ladies Team Golf Tournament as a special sponsor since 2019. This tournament focuses on the significance of a “third place,” where women’s work and private lives are bridged. Shiseido seeks to support the creation of this place where working women with common interests can gather, form relationships, and motivate one another towards shining brighter, at home and work.

We promote the concept of "a third place for working women," and see this tournament as an opportunity to increase women’s empowerment within Japanese society.

In its third year, the tournament was held on the theme of "Power of Women 2021: Let’s expand the circle of support!" in order to encourage all women working under harsh conditions during the pandemic. Preliminary rounds were held in August in four locations nationwide followed by the final round held in December. The number of participants in 2021 was 232 from 90 companies. In the three years since its inception, a total of 716 from 149 companies came together to strengthen the network, while taking infection prevention measures, in order to invigorate them for their future. 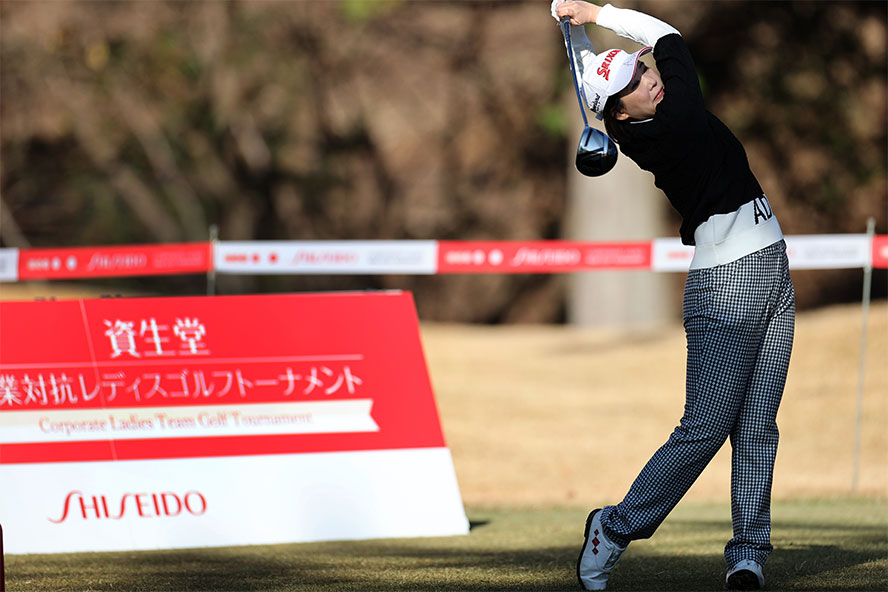