Shiseido Company, Limited (“Shiseido”) has elucidated the aging mechanism of lymphatic vessels in the skin for the first in the world by applying its unique skin visualization technology*1. Furthermore, in collaboration with Tokyo Medical and Dental University, we have developed a screening method to verify the anti-aging effect of lymphatic vessels and, as a result of drug exploration, found that Mulberry White Bark extract has a remarkable anti-aging effect. It was already known that the density of lymphatic vessels in the skin decreases with age, however, the mechanism was unknown.
Based on these research results, we will develop new skincare technology that focuses on the function of lymphatic vessels and leads to the improvement of skin aging.
Some of these research results were presented at the 49th Annual ESDR Meeting held during September 18-21, 2019.
*1 Shiseido Establishes Lymphatic Vessel Visualization Technology (2020)
https://corp.shiseido.com/en/news/detail.html?n=00000000002997

Figure 1. Overview of this research 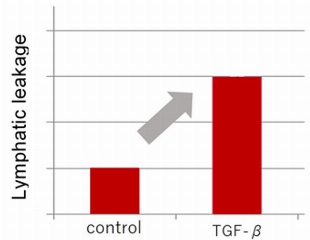 Search for drugs that inhibit aging of lymphatic vessels

In collaboration with Tokyo Medical and Dental University, we constructed an assay system to explore drugs that inhibit lymphatic aging, and consequently, discovered that Mulberry White Bark extract is highly effective in inhibiting the aging of lymphatic vessels (Figure 6). 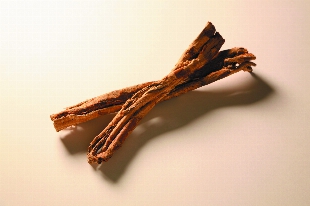 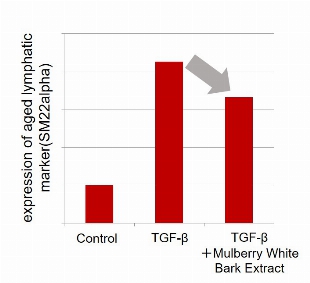 It was known that the density of lymphatic vessels in the skin decreased with age, however, its reason and mechanism were unknown. This time, our research revealed that the cells forming cutaneous lymphatic vessels accelerate aging by altering their traits, and lose their ability to collect waste products in the skin. Furthermore, Mulberry White Bark extract was found to have the effect of inhibiting lymphatic aging in terms of addressing age-related changes in lymphatic vessels.
Based on the results of this research, we will develop new skincare technology that focuses on the lymphatic function and leads to the improvement of skin aging.