—Brain activity similar to response to a significant other observed—

Shiseido Company, Limited (“Shiseido”) used neuroscience research to discover that the brain activity evoked by experiencing our favorite cosmetics is similar to the brain activity evoked when viewing a significant other such as a family member or partner. *1
The research team used fMRI*2, a neuroscientific method of visualizing brain activity, to uncover similarities between the brain activity patterns in the following states: (1) when experiencing cosmetics a consumer has just started to use and when viewing a partner in the early stages of a romantic relationship, and (2) when experiencing cosmetics which have been purchased repeatedly and a partner in a long-term romantic relationship. Thus, for the first time, such changes in emotional reactions were discovered towards objects.
Shiseido presented these research results at the 43rd Convention of the Japanese Cosmetic Science Society.
*1 Joint research with Tokyo Metropolitan University
*2 Functional Magnetic Resonance Imaging

Focus on changes in feelings when using cosmetics

Emotional reactions towards cosmetics, such as excitement, which people feel when they start using a new item, and security, which people feel towards familiar items, will change over the course of their continued use. However, the characteristics of the brain activity patterns evoked by favorite cosmetics was unknown. Therefore, Shiseido conducted two fMRI experiments, in order to deeply understand human feelings towards cosmetics and identify brain activity when experiencing favorite products. 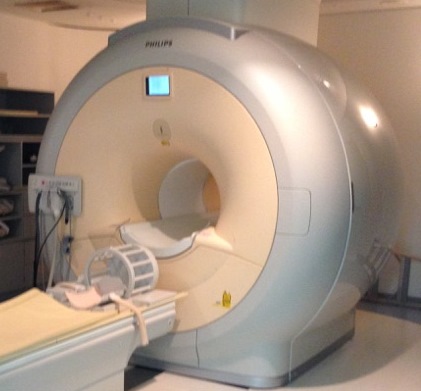 Depending on the length and stage of a relationship, the brain activity responsible for the feelings evoked by a partner are different. To understand the emotional reactions to objects such as favorite cosmetics, a team of researchers from Shiseido and Tokyo Metropolitan University applied the method previously used for research into interpersonal relationships. The team conducted two fMRI experiments researching cosmetics both at an early stage of use and after longer term use and identified similar brain activation patterns to those seen at different stages of interpersonal relationships.
Specifically, cosmetics that we are happy with after six weeks of use activate the reward system, which are the brain areas associated with positive emotions, and interoceptive areas, which are the brain areas involved in various emotional functions. This brain activity is similar to that seen at the early stages of a romantic relationship. In other words, the team found that the early stage of cosmetic use evoked similar brain activity as that during the development of a close interpersonal relationship.
In contrast, in addition to the activity in the reward system, cosmetics that are repeatedly purchased and used activate areas in the brainstem responsible for the endocrine system. These endocrine system areas are involved in release of neurotransmitters such as serotonin and oxytocin, which are important for example, psychological stability, bonding and maternal affection. The team discovered that this brain activity is similar to that seen in a long, stable romantic relationship.
These similarities in brain activity suggest that cosmetics also offer a sense of satisfaction, peace of mind and healing. Shiseido will use these findings to development cosmetics and explore new research fields. 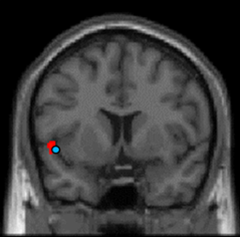 Blue part: Brain activity in response to cosmetics the subject has just started to use