―Possibility of a New Approach towards Hyperpigmentation Treatment―

Shiseido Company, Limited (Shiseido) has been long engaging in skin analysis with a focus on skin reaction specifically seen in pigmented skin and clarifying various causes of hyperpigmentation. This time, Shiseido has pursued research on the relationship between hyperpigmentation and vascular morphology, and discovered the involvement of vascular plexus malformation in hyperpigmentation (see the respective press release). Moreover, Shiseido elucidated that the activity of vascular endothelial cells partly causes hyperpigmentation and uneven complexion (pic.1) in a joint research with Dr. Kang of Department of Dermatology, Ajou University School of Medicine, South Korea. Shiseido has also found out that Tormentilla extract and Pyrola incarnata extract have an inhibitory effect on the abnormal reaction of vasculature, which is associated with the development of hyperpigmentation. 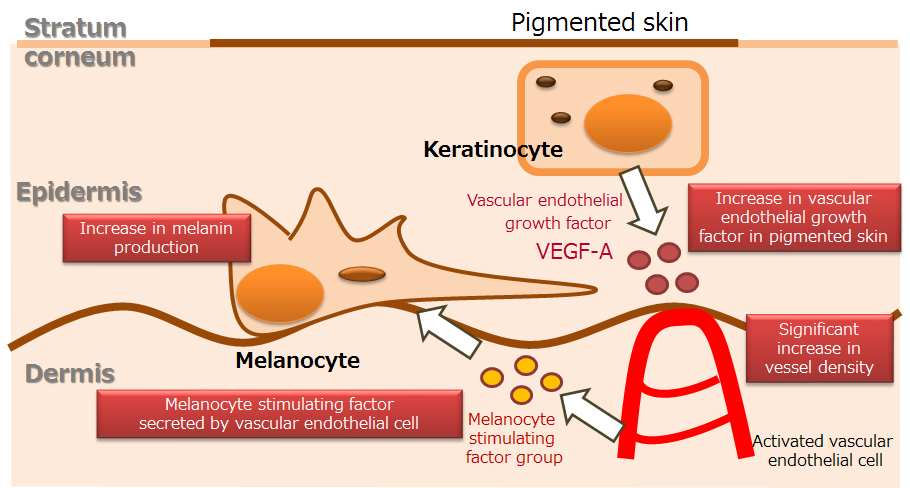 Background of development: Discovery of dermal vasculature in hyperpigmented skin and clarification of the role of melanocyte growth factor

Previously, Shiseido had already identified various abnormal skin reactions*1 specific to pigmented skin and developed the technologies and ingredients applicable to each lesion. However, Shiseido thought that there might still be a possible cause hidden in dermis that had never been focused on, and conducted a thorough analysis in a joint research with Dr. Kang of Department of Dermatology, Ajou University School of Medicine, South Korea, who is an authority in skin pigmentation research. As a result, we have learned that:
● In hyperpigmentation (solar lentigo), vascular endothelial growth factor (VEGF-A) increases in expression (pic. 2), and the density and area of skin capillaries as well as the blood flow also increase (pic. 3).*2
● UV-associated vasculature (vascular endothelial cells) releases melanocyte growth factor, resulting in an increase of melanin production.*3
*1 Various abnormal reactions of the skin, such as chronic mild inflammation, cornification disorder, malfunction in inhibition of pigment proliferation due to abnormal components in the basement membrane, etc.
*2 Increased blood ﬂow and vasculature in solar lentigo, Journal of Dermatology 2016; 43: 1209–1213
*3 Presented at the 41st Annual Meeting of the Japanese Society for Investigative Dermatology (December 2016)

While focusing on the finding that vascular endothelial growth factor (VEGF-A) increases in hyperpigmentation, Shiseido has sought for an ingredient that would inhibit the development of vascular endothelial growth factor (VEGF-A) produced by epidermal keratinocytes and discovered Tormentilla extract, which is extracted from the roots of potentilla erecta, a perennial plant belonging to the rose family (pic. 4).

Based on the finding that UV-induced vascular endothelial cells stimulate melanin production of melanocytes, Shiseido has discovered that Pyrola incarnata extract has an inhibitory effect (pic. 5).

These findings provide a new perspective on identifying the causes of hyperpigmentary disorders. Shiseido will pursue further development of whitening skincare/cosmetic products in a bid to provide innovative discoloration control technology for consumers who have concerns over skin pigmentation.

* The results of this research were partly presented at the 35th Annual Meeting of Japanese Society of Aesthetic Dermatology held in Osaka in July 2017, and at the 23rd International Pigment Cell Conference held in Colorado, the U.S. in August 2017. 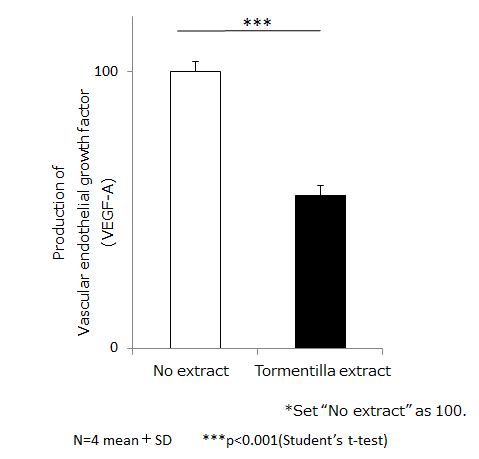 Picture 4. Inhibitory effect of Tormentilla extract on production of VEGF-A 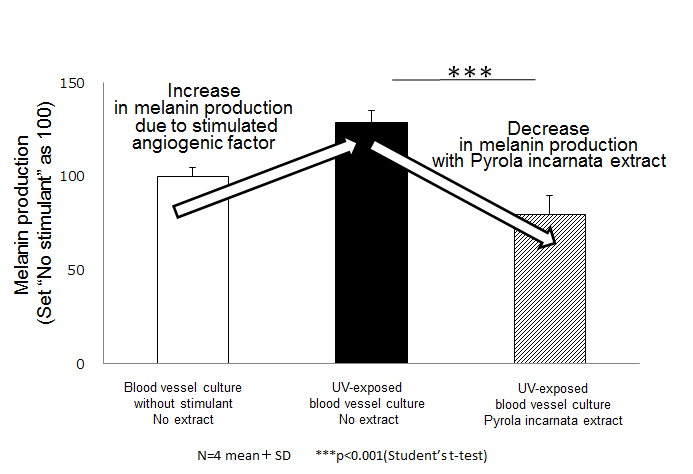 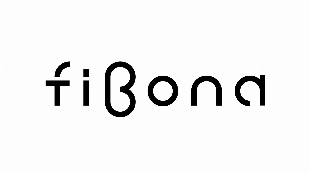 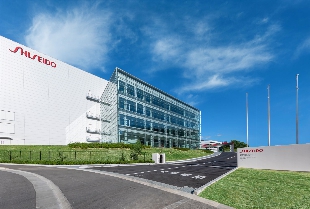